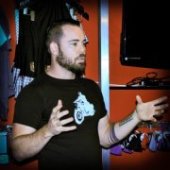 As a sex educator I get asked a lot of fun questions.  Many of these questions center around sex, sexuality, and how or what to do with the infinite combinations presented to us as sexual beings.  But for every question asked, there is an undercurrent of what really wants to be asked – what really is being felt by the person and even our community.

Recently I’ve had three distinct conversations with individuals, which really gave me a lot to think about.  I had to think about how I answered these questions and how I address our community and the current challenges facing it.  The first question came from a good friend of mine who inquired about the “real” risk of barebacking as a top.  The second conversation was an affirmation in that my opinions were validated by someone else’s similar observations regarding the challenges of HIV education and the current opinion of the “crisis”.  That friend asked me if I had observed a shift in our safer sex practices and even more so the attitude towards safer sex.  We both have.  And the final encounter was at a sex club with yet another friend where as I mentioned observing some barebacking he responded with, “Well, that’s kinda what this is all about…”

The trifecta of interactions were at once wholly independent of each other, but also completely interrelated and amazingly apropos to our current gay men’s health crisis.  The first question posed to me, “What is the “real” risk of barebacking?” ties into gay men’s inherent desire to have awesome, intimate, unprotected sex and look for the escape hatch.  I have fielded this same question for years.  The cognitive dissonance of wanting to do something they know is inherently risky, but hoping to find evidence that means it’s okay anyway.  Quite commonly the undercurrent is someone asking for permission to bareback, or looking for salvation after having barebacked.  The question is being asked quite typically under the auspice of a new mentality within the gay community.  Quite simply, gay men don’t want to wear condoms and feel that the current iterations of medication and treatment options are negating the need to play safely.  The most common opinions I see right now regarding HIV are the: “It’s no big deal” or “The meds mean I’ll be fine if I get it” or “It feels better.”

The second observation, regarding the shift in safer sex mentality was truly fantastic.  It affirmed my long-held belief that we are seeing such a concrete and fundamental shift in safer sex ideology that sex educators, health officials, outreach centers, and – above all – gay men, simply must change how they view safer sex and the rhetoric attached.  Gone are the days of “put a condom on it” (if that has even really been working for the past decade) hopefully to be replaced with “I f*ck with education.”  The tag line I’ve used for a few years now is coming into its own, but it usually needs a bit of an explanation.  I’ve been pilloried by both camps; on the one hand I’ve been accused of promoting condom-less sex, and on the other hand of promoting rigid safer sex practices sacrificing choice and independence.  It may be a fine line to walk, but it can be done, and I’m living proof.  I’m a sexually adventurous, sexually intimate, HIV-negative man, who above and beyond anything respects myself and my fellow play-partners with communication and intelligently based choices.  I use condoms as the first line of defense for fucking, and I know whom I am playing with.  I ask HIV status; I ask if someone positive is on meds; and I ask what they’re into – allowing me to make conscious decisions about who I’m going to play with and how I’m going to do it.

Today we are seeing a truly astounding backlash and lack of education when it comes to HIV education and the choices being made to practice safer sex.  Well, it’s astounding to me who had it drilled into me (no pun intended) from about 15 years old that if you touch a guy, you put on a condom.  A generation of men is gone and a new generation of boys with a blatant disregard for the idea of safer sex interactions and HIV awareness has replaced them.  This is further compounded by an older generation of men who are HIV-positive and feel persecuted, judged, and ostracized for being HIV positive.  This can lead to many of them being at odds with their negative brethren; embracing condom-less sex without proper communication, and becoming quite indignant when questioned about their choices.  And it’s understandable that they feel this way.  There is such a wealth of conflicting information that we are seeing, it should come as no surprise that these are the actions we have wrought.

Right now, there is a belief system gaining steam that going on medication and/or playing with positive guys on meds is an effective way to combat the spread of HIV.  Simply playing with someone who is undetectable will slow the spread of HIV and ostensibly the negative partners will remain that way.  However, gay men make up 61% of all new HIV infections (http://www.sfaf.org/hiv-info/statistics/).  This tells me that the best efforts to go condomless and justify it by undetectable-sorting are failing in comparison to the days of a condoms only mentality.  Now, it gets tricky because I am not saying that one does not have the choice (or the right) to go without condoms, but I am saying that in order to do so, some substantial education, information, and protocols must be in place, and these are daunting obstacles in the heat of the moment.  This is where the f*ck with education becomes a mantra.

When the recent survey was published showing that just under half of all users of mobile-based hook-up sites (Grindr, Scruff, etc.) bareback (http://www.queerty.com/study-50-percent-gay-men-using-hook-up-apps-have-unprotected-sex-20130122/) there was a gay gasp of astonishment with our collective consciousness.  My first shocked reaction was to the reaction.  I was shocked that people found this surprising.  It had nothing to do with the venue or method of hooking up and everything to do with the changing mentality of gay sex in the post-AZT generation.  As HIV has been reimagined as something to not worry about, there has been a foundational shift in how gay men are choosing to have sex.  Whatever the reasons gay men are citing as justification to go condom-less, it is happening.  Many say it’s because they choose to be more intimate sans condoms.  Others say that they felt comfortable with their choice.  Some instances may be accidental or affected by drug or alcohol use.  Whatever the reason, there is a pervasive mentality today that HIV is no big deal due to medications prolonging life, and the visibility of men who are long term (or recently converted) HIV-positive and are doing fine.

The mentality of undetectable-sorting to reduce or at the least control HIV is potentially great in theory, but it is not being realized in the statistics.  Unfortunately HIV rates are rising and have been for some time.  In just two years, the HIV rates among men ages 13 to 24 have increased 22% (http://www.cdc.gov/hiv/risk/gender/msm/facts/index.html).  Despite the rationale of a new era of PrEP (http://www.cdc.gov/hiv/prevention/research/prep/) or PEP (http://www.cdc.gov/mmwr/preview/mmwrhtml/rr5402a1.htm) reducing the need for condoms, it’s simply not working.  If gay men were truly communicating their status and taking their education (play partner(s) status, top versus bottom, condoms or no, testing regimens) and applying it accurately, our community may see a decline in rates.  But right now we are seeing the exact opposite.  For the individuals who see HIV as “no big deal” and choose to have condom-less sex, the argument that they are still being “safe” is simply inaccurate.  The root of the problem may be that gay men simply don’t care anymore.  This is not a judgment, this is an observation based on the numerous conversations I have about HIV and gay sex on a daily basis.  This is about the giant shrug I get from gay men when they speak about HIV and their risks.  Either it can’t happen to them or it’s no big deal if it does.  Case closed.  The evolution in HIV-care has rendered the threat of HIV moot.  Meds equal freedom to engage, contract, and forget.

I’m calling for a fundamental shift in the mentality of our gay men’s sex-based culture.  I’m calling for a hybrid mentality of still revering condoms first and foremost as a necessity for playtime in conjunction with regular testing and even more frequent communication.  We must not be afraid to be HIV-negative and wear it proudly.  We must not be afraid to be HIV-positive and wear it proudly.  By wearing our statuses on our sleeves, and truly owning our sex and sexuality, only then can we make better choices to protect ourselves against the spread of HIV.  I feel we are on the cusp of losing the battle with HIV.  When my sex club cohort made the comment that barebacking was what the space was about, I shuddered.  Yes, I love barebacking as much as the next guy, but not at the sake of my own long term health.  It does not have to be a given assumption that it will happen to you, or that it doesn’t matter if it does.  One of the hardest things I do as an HIV-negative, empathetic sex educator is respecting and loving my HIV-positive family.  Conversely I have to respect and love my HIV-negative family as well.  They are two very different sides to the same coin.  HIV-negative does not mean that one cannot embrace all aspects of sex and sexuality, from the mundane to the extreme.  And being HIV-positive does not mean that you are broken in any way.  With that being said, there should be no sides to the coin at all as it takes both parties f*cking with education to see a reduction in HIV transmission rates and a better, safer, more inclusive community.